Home » Point of Sale News » What is Square? 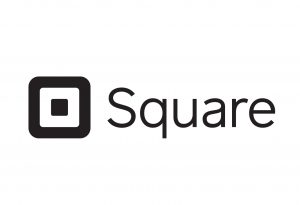 With a market cap approaching $27B and a non-stop barrage of press, we hear folks talk about SQ in a lot of different ways. It is virtually impossible to define them as a POS company, considering they are worth more than just about every other competitor combined.

Are they a cash app? Maybe, as they appear to be growing faster than Venmo/Paypal, adding over 2 million users per month.

The only logical way to look at them may be as a bank. SQ recently withdrew its banking application, indicating it is working on shoring up its approach in this arena. At a $27B market cap they may look a lot more attractive than other traditional banks in the space, particularly in light of the fact that they are picking up consumers via Square Cash. With traditional banking struggling tremendously, it seems more likely for a tech company like SQ to come in and take market share.

All of this creates more exciting and difficult questions. What happens to all the data they collect from consumers and merchants (SQ notoriously owns the merchant and their loyalty data)? Will end users be concerned about privacy as they begin to question other large tech players in the space like Facebook?

We are not sure where SQ is going, but it looks like it will continue to be a very interesting ride…